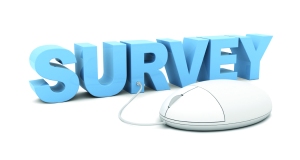 A recent survey conducted by ORC International for Junior Achievement, in conjunction with the fall roll out of Junior Achievement’s work-and-career-readiness programs, suggests that many students and parents have concerns about future career prospects.

Of the 1,204 parents of school-aged students surveyed, more than three-quarters of them are “concerned” about their children’s ability to have a successful job or career as adults. According to the survey, this concern is caused by global competition and automation. The parents surveyed aren’t the only one with worries. Among the 1,000 teens surveyed, 77 percent are “concerned” about having a successful job or career as well.

“Education and skills are going to be critical for the next generation’s success in an ever-changing workplace,” said Ryan Osborn, president of Junior Achievement of Central Iowa. “Many of the entry-level jobs we know today won’t be around in the next decade, and many of the jobs of tomorrow haven’t even been conceived of yet.”

“It’s important we encourage our young people to explore post-secondary education, whether that be a university, community college, or a technical or trade school, “he said. “Having some level of technical training is going to be critical for future career success. A high school diploma or GED just won’t be enough for many jobs.”

In the survey, 45 percent of parents said they are “extremely or very” concerned about their children’s prospects for future employment, along with 40 percent of the teens having the same level of concern.

*Survey respondents, conducted from late June through mid-July, were selected from those who have volunteered to participate in online surveys and polls. Due to the sample base being made of individuals who self-selected for participation, no estimate of sampling error can be calculated.

View all posts by iowajumpstart

Link to our RSS Feed